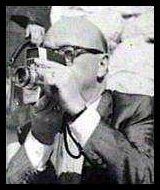 A three-member arbitration panel decided on July 16, 1999, that the Zapruder family heirs will be paid $16 million by the U.S. government for taking possession of the JFK assassination film taken by Abraham Zapruder.

The film will remain in climate-controlled conditions at the National Archives center in College Park ... apparently at taxpayer expense.

US District Judge John R. Tunheim, former chair of the now-defunct Assassination Records Review Board, stated it was "ironic" that the final $16 million award was close to what the Zapruders had proposed in negotiations for both the film and the copyright: $18.5 million.

The vote for this sum was 2-1. The two arbitrators who approved the award were Arlin M. Adams, a Philadelphia attorney and former US Circuit Court of Appeals judge chosen by his colleagues, and Kenneth Feinberg, a Washington attorney chosen by the Zapruders. In their statement, they said they were "comfortable that the sum of $16 million is a fair and accurate reflection of the true value of the Zapruder film at the time of taking."

They brought in auction house managers from Sotheby's and Christie's to testify. One of the experts said the film "was worth at least $25 million and very possibly more than that ... It could even be double or triple that."

In his dissent, the government-appointed arbitrator, former acting US solicitor general Walter Dellinger, said the true value of the original is "much closer to the $1 million suggested by the government."

LMH Co. - representing the Zapruder heirs - termed the decision as "fair and reasonable."

They also stated that they are "actively pursuing" transfer of the copyright to a public institution that would "continue our policies of proper caretaking on a permanent basis."