"On the evening of June 5, 1998[at a JFK/Lancer Open Forum in Santa Monica, CA]I disclosed in public, for the first time, what I knew about LAPD's role in Bobby Kennedy's assassination and the ugly and well documented CIA truth behind it"

Mike Ruppert is a former LAPD narcotics investigator who believes that the RFK assassination is tied directly to the CIA, his life, and the LAPD officers working for CIA who groomed his early career. 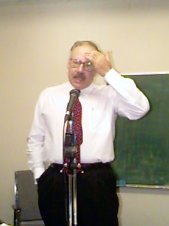 "I was only seventeen the night Bobby was shot but, as time would prove, I would wind up closer to his killers than I could ever have dreamed."

"On that Wednesday morning, the words spurted out of a million bedside clock radios--mine was pink plastic, bought with Green Stamps - and they sundered the music of the Beatles and Dave Brubeck and Ella Fitzgerald like lightning through shaving cream: 'Senator Robert F. Kennedy is in surgery after being shot in the head and critically wounded early this morning, moments after winning the California primary'"

Patt Morrison's Los Angeles Times column, "The Heart of the American Dream - and Nightmare," appeared in the Wednesday, June 3, 1998 Metro section on Page B-1. 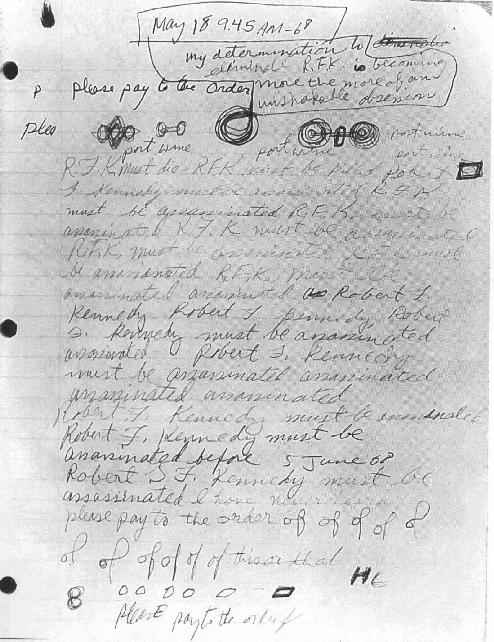 Of 68 total pages in Sirhan's diary, the only one that mentions "RFK."