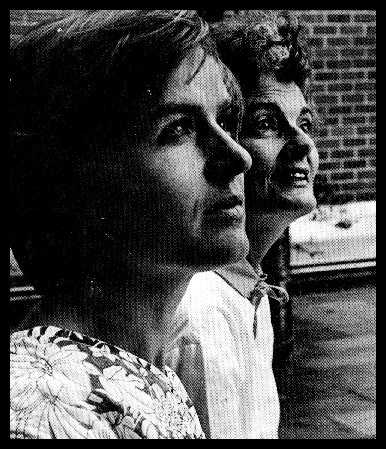 Priscilla and Lee:
Before and After the Assassination


Article © 1999, 2008 Peter R. Whitmey. All rights reserved.
No part of this Web site feature may be reproduced, stored in a retrieval system, or transmitted in any form or by any means without the prior written permission of the author.

This research is very important: Ms. McMillan was responsible for providing most of the information regarding Lee Harvey Oswald's personal life to the press - and the public. And, although she has testified that she never worked for the CIA, the House Select Committee on Assassinations reported that she -did- apply to work for the CIA in 1952, and subsequently provided "cultural and literary information" to the CIA.

In a FBI memo dated November 23, 1963, the State Department advised the FBI:

Whitmey's detailed research makes the reader wonder just what exactly McMillan's relatonship was with governmental agencies...and how much we should trust what she wrote.

Mr. Whitmey has made several corrections to this new release, and I am pleased to be able to make this research available on the Internet.

| Priscilla and the CIA |

| Letters to the Editor |